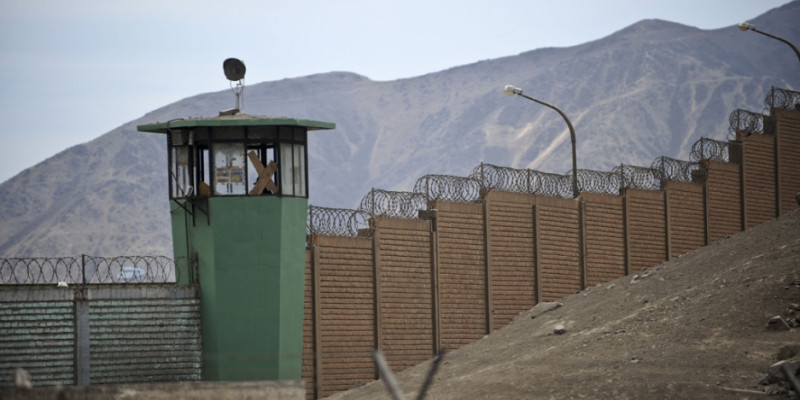 Blog categories:
Around the World

In November 2009 a group of young prisoners at Lurigancho Prison began practicing Kundalini Yoga. Lurigancho Prison is the most overpopulated prison on the South American continent and one of the most overpopulated in the world. In block number16 there are approximately 120 young men between 18 and 24 years of age who have been imprisoned for the first time. A multidisciplinary team is working with them to develop capacities which will allow them to return to society through the C.R.E.O. program, a penitentiary treatment program.

The main focus of the program is educational. It includes the development occupational skills, psychological treatment, and educative and social work activities with the aim of overcoming the deficits which have led these young men to delinquency.

It has been shown that using only punishment is not effective in reducing the type of behaviors that put youth at risk. The majority of these youth have huge disadvantages in their ability to function in society. There is a strong relationship between delinquency and lack of access to opportunities, work, school absenteeism, poverty, exclusion, and drug consumption. The C.R.E.O. program is based on promoting human development rather than just punishing anti-social behavior.

The prison environment is an ideal setting to use the transformative power of Kundalini Yoga to help in strengthening the self-esteem of these young men. Classes have focused on strengthening the participants both physically and emotionally. Every chakra is worked in order to balance the prisoners at an energetic subtle level. Kriyas and meditations focus mainly on the third charka and nervous system. Kundalini Yoga classes have taken place every Monday and Friday since November 2009 and have become important aspects of the program, helping these young men to realize their potential and capacities to prosper in life.

Currently there are more than 60 young men who practice Kundalini Yoga in block number16 of Lurigancho Prison. Kundalini Yoga is now a permanent part of the C.R.E.O. program among the other occupational and treatment workshops. And some prisoners have shown interest in becoming Kundalini Yoga teachers when they get out of prison.

Teaching Kundalini Yoga to these men has been a unique experience from the heart, a gift that life has given me.

A lawyer and Kundalini Yoga teacher, Har Anand Kaur/Teresa Blasi Martí is from Barcelona, Spain. Ever since she was a child she has been passionate about fighting against injustice. And this has been reflected in all aspects of her life: academically, professionally, and personally. Convinced that everyone has the right to do something to change situations, she has been dedicated to working for the well-being of people in different countries through human rights and international humanitarian law projects. She has developed and implemented a self-esteem and Kundalini Yoga program for young men who have been imprisoned for the first time in Lima, Peru.  She can be reached at [email protected].