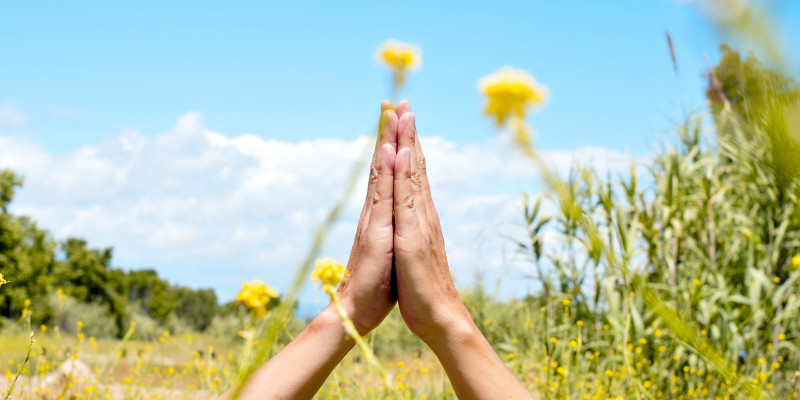 Dr. Michael Gottlieb together with Dr. Joel Weisman wrote a report that appeared in the June 5, 1981 issue of the Centers for Disease Control's Morbidity and Mortality Weekly Report identifying Acquired Immunodeficiency Syndrome as a new disease. That report signaled the official start of the AIDS epidemic.

Under the guidance of Yogi Bhajan, I started the first Kundalini Yoga classes for people living with HIV in 1986. The health and fitness industry was booming; Jane Fonda’s Workout studio was just up the street from Guru Ram Das Ashram in Los Angeles. From the beginning we wanted an upbeat feel to the HIV yoga classes so we called the 6-week course “Immune Fitness.” The name and the program really caught on.

Doctor Gottlieb at UCLA Medical Center and Doctor Weisman in Sherman Oaks, CA, were among the first AIDS medical specialists in the world. They sent many of their HIV positive patients to our Immune Fitness classes. There were few medical options at the time and the doctors noticed that their patients who practiced Kundalini Yoga did better. Word got around and the classes grew.

By 1990 there were a handful of Kundalini Yogis serving in this area. Siri Sat Nam Singh and I taught in Los Angeles and Dharamatma Kaur taught at a clinic in Washington, DC. Guru Dev Singh initiated a specific Sat Nam Rasayan protocol he taught to his students who then formed a free clinic in Los Angeles for people with HIV. From 1986, when azidothymidine (AZT)—the first medical treatment for HIV—was in clinical trials, through 1996, when the base for the current day drug “cocktail” (now called HAART, Highly Active Anti Retroviral Treatment) was launched as standard treatment, we were actively reaching and teaching Kundalini Yoga to over 9,000 people living with HIV.

Though much has changed in the years since, the number of people living with HIV continues to grow.

For more information, visit us on the web at http://www.grdcenter.org/courses.php

Shanti Shanti Kaur Khalsa, PhD, has taught Kundalini Yoga since 1971. She began teaching people with chronic or life threatening illnesses in 1986 under the guidance of Yogi Bhajan, and now directs the Guru Ram Das Center for Medicine & Humanology, founded to bring his teachings into healthcare. She is a Kundalini Yoga Teacher Trainer, a Yoga Alliance ERYT 500 and a charter member of the International Association of Yoga Therapists. Dr. Khalsa trains health professionals and yoga teachers, researches the medical effects of Kundalini Yoga, and lectures widely on the psychological, spiritual, and behavioral aspects of health recovery.