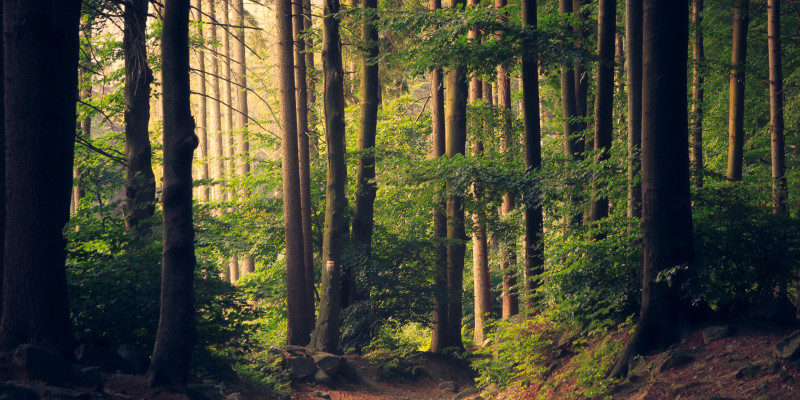 I keep it moving. Get it done. Onto the next thing. In Kundalini Yoga and meditation, I'm learning the power of stillness. In stillness, the message finds us. The path is revealed. It doesn't feel natural to me. I want to search for, run to and push through for the answers, for the path, for the next thing in my journey. I'm impatient. But lately, it isn't working.

I push, I run, I take control of forward movement and I feel lost--I can't find my way. I give up. Sit down. Cry. And when all my tears are cried out and there aren't anymore. I look up--tired and quiet. I have to concede. I have to relinquish control and let it be. It's counter intuitive to me. As a doer all my life--to wait, be still and let the next thing be revealed--it feels lazy. It feels passive. It feels unproductive.

This summer, I camped out in my solo orange tent on an island in Maine, where my family has a cabin. I love my tent. I love creating quiet spaces for myself. I chose the perfect spot and learned from others that it's a favorite spot of many--lady tree and secret beach.

Lady tree has intertwining branches and roots that twist like a serpent off of the earth and onto the sand. She feels wise, solid and ancient. She connects the magical forest to the sandy beach and water. Some of her branches are dead and brittle but she is still very much alive and her roots hold her securely while she reaches up to the light. She's elegant--lady tree. The site is protected and close to water sounds and views.

I woke up before my alarm sounded and decided to get up. It was 3:30 am; my alarm sounds at 3:50 am for my 4:00 am daily sadhana--my Kundalini Yoga practice. It was dark. I changed into leggings, t-shirt and a hoody. I slipped on my red "they have a story to tell" keen, rubber toe sneakers, zipped out of the tent, peed and turned on the light from my iPhone to get me about a mile away to a little cabin for my practice.

It's cool in the mornings in August and often dewy on the earth, so the empty little cabin destination for yoga had been working well all week. I headed towards a path that led through the woods, across a little bridge and to a field and up to the "Hilton"--the cabin.

After about twenty paces, I realized that Jack, our toy poodle, was not by my side. I called for him--nothing. I retraced my steps all the way back to the tent and found him. Why did I think Jack could navigate a trail in the darkness? At first I tried to use my phone light to help both Jack and myself navigate but Jack was very slow, carefully picking his way. I scooped him up in one arm and held the light with the other. There was a narrow path to follow and off to the right, through trees was eventually rocky shore and ocean. Further to the left was a larger path that a jeep could navigate.

I lost the path very quickly. Sometimes I would retrace my steps and try again but mostly I would just forge ahead, ignoring that I had lost the path. I knew the general direction and had the ocean to my right and the destination straight ahead--how bad could it be?

I became entangled in sharp pine branches, moss, rocks and no path in site. It got too thick and I was forced to back up and try again. Sometimes I would see a buoy, like a cairn, to let me know I was on the trail but then I would lose it again. I started sweating. My glasses fogged up and my arm was tired from holding Jack. I stepped over rocks, scooched under sharp branches and barreled forward with my unabashed motivation to reach my destination.

My frustration mounted "Are you Serious!" I put Jack down and cried a few tears of utter frustration. I looked at the clock. It was 4:30 am--I had been wandering for almost an hour. Getting nowhere, going in circles. I completely lost my sense of direction. I decided to head to the rocks on the shoreline which I could follow around and led to the bridge--I heard a lobster boat and headed towards the sound. I made it to the big granite shore but it was too hard to navigate. The rocks were cliff-like and with the tide as high as it was, couldn't be passed. It was very dark and I might hurt myself. Sometimes I put myself in unsafe situations so I knew enough to retreat.

So back into the trees I went--beep beep beep--back it up. But I was stuck. Where to go. Tired, frustrated and sweating, I took off my foggy glasses and put them on the ground. I put Jack down, took off my sweatshirt, sat on the mossy rock and cried again. I felt like Hansel and Gretel, lost in the woods--like in a fairy tale. I wasn't scared. I was frustrated. I wanted to get out--to find the path. But I couldn't.

My routine strategy of sheer force did not work this time. I gave up and decided to do my yoga right there--right where I was. I put on my phone recording of the Magnetic Field and Heart Center Kriya. I was on about day ten of a 40 day commitment--for nervous system repair and balance of the psycho-electromagnetic field. I tuned in with the Adi Mantra, started with the Heart Center Opener with the breath of fire and went from there. The set takes about 55 minutes.

After I finished the set, I always do the navel adjustment kriya--only four asana of one minute each--stretch pose to bow pose to wheel pose to fish pose. Then I set myself up for chanting the seven mantras of the Aquarian sadhana for 62 minutes. Rooted in the earth, spine straight, hands in gyan mudra, eyes closed--at peace. In the middle of the mantra, my phone died. I continued on my own, estimating the proper timing for each. It was nice hearing my sole voice in the quiet woods--it helped me focus on the sounds with no musical accompaniment. It felt good that the only voice was my voice. I ended with the "Long time Sun"--Inhale, exhale and done. Calm. The sky was lighter. I could see the green moss, the brown trees, the branches, sky.

I stood up to get back on the path and started thinking about a cup of coffee--but where were my glasses? I had taken them off--sweaty and then for yoga. Where did I put them in the darkness? I looked and felt the ground for the familiar plastic frames. I was feeling the earth, searching the ground with touch. No luck.

I took off my sweaty t-shirt and put it on the ground, like Hansel and Gretel leaving bread crumbs, so I could come look for it later. I put on my hoody over my nakedness, slipped into my "story to tell" red sneakers and started off again, with our fuzzy view metaphor still in place. "My yoga studio" that morning turned out to be right by the path itself. I was where I intended to be. I was literally where I was trying to be. I just didn't know it. I headed to the main cabin to make coffee. My sister already had the kettle on. I told her what had happened.

Pushed through the darkness.

Was tired and frustrated and going in circles.

Dropped to the earth.

Slow down. Wait. Breathe. The path will be revealed.

I needed the literal experience to get it.

Pine needles in my hair, dirt in my leggings and fuzzy view. I spent my time rolling around, stretching, chanting and singing--grounded in Maine dirt, trees, moss and pine needles.

For the rest of the week, I kayaked from the tent to the field--more light on the water--still a little touch and go (!) but an adventure. Never found my bread-crumb-of-a-t-shirt and never found my glasses. I decided the spirit animals in the magic forest by lady tree are playing dress-up with them. Maybe they were giggling at me--watching me trying to find my way and finally, falling to earth.

Kundalini Yoga transformed Deg Ajeet's life (Janet Howard), helping her through big life changes with an increased sense of calm, emotional healing, self-acceptance and trust in the flow of life. She started to recognize a part of herself that was deep within. Quiet. Loving. Forgiven. Forgiving. Her daily sadhana is her gift to her self and the calm consistency in a chaotic, ever-changing world. Wherever she is - her kundalini sadhana is with her. Yes, she gets thrown off balance regularly, but each morning, she gets back to her center - strong, relaxed and at peace.

With an over 25 year career in health care environmental stewardship (www.practicegreenhealth.org), Deg Ajeet's passion lies in healing the planet - feeling love, respect and appreciation for all living things and connecting with the energy in nature. On the side, Deg Ajeet established Rosehip26 for Air BNB and Reiki Integrative Touch offering. Deg Ajeet received her Level One Instructor Certification in May 2018 and teaches a weekly class at Ananda Yoga in western Massachusetts.