The Deep and Powerful Alchemy of White Tantric Yoga® 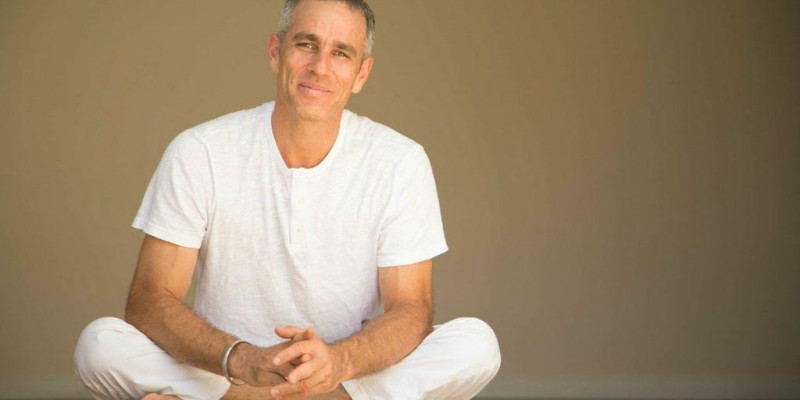 Back in 2003, my girlfriend, Kia, and I decided to go to Maui to celebrate my 36th birthday. We had been together for 3 years, long enough to know we had something special. We had spoken about the possibility of getting married someday, but I was quite happy to continue on as things were. The convention of marriage, as I had witnessed from my parents and most of the adults I had known, was fraught with difficulty and challenge. It was painful and in some cases, ruinous. When occasionally I would meet two people who seemed to be doing well together, I relegated them to a special group of Human Beings who were blessed, but whose lives I could not understand.

Our week in Hawaii was magical and blissful, unusually so for me. I could not remember a time where I had felt so free of concern. On one of the last days of the trip, I was overcome by a profound sense of love for Kia and I suddenly asked her if she would marry me. Our wedding took place only two weeks later in Yosemite Valley. At the beginning of the ceremony, Kia walked radiant and smiling through a beautiful meadow toward a life with me. My heart cracked open. For that day and many days thereafter, I knew no fear, no worry and no concern.

Then, sometime later, when life returned to normal and things were not feeling quite so clear and carefree, I remembered the old adage, “Any fool can have a successful wedding.” Kia and I had taken a big leap of faith and would certainly support each other, but I didn’t yet know how to have a successful marriage. We were going to need help to make it work.

Two years later, I am facing Kia seated on the floor of a structure known as “The Tantric Shelter” on a piece of land known as Ram Das Puri in New Mexico. I am dressed in white clothing and my head is wrapped in a white turban that is so poorly conceived by me that the word “turban” really does not apply. I am appallingly tired from the past several days of early morning Sadhana. I am in a straight line of men, also seated and dressed similarly, who are facing a line of women. Looking across “the tape,” I see the smiling face of my wife, Kia. Our knees are almost touching. Our eyes are about 3 feet apart. This is our first day of White Tantric Yoga®

The promise of White Tantric Yoga® is compelling! It would have to be. It is my understanding that, simply put, through this extremely powerful and difficult practice you cleanse your subconscious at the deepest level of all insecurity and childhood trauma. Who doesn’t need a little bit of that?

Staring into your partner’s eyes for hours on end as you perform difficult Kriyas is an intense experience. Whatever comes up for either of you becomes a part of the experience for both of you. Many times throughout the day, I would nod off during a set. I was trying so hard to stay awake, but after a certain point I just couldn’t help it. My eyes would roll back for a few seconds and when I came around, Kia would be glaring at me with frustration. With her eyes she kept telling me to “pull it together,” but the harder I tried the worse it got.

Finally, we came to this particular Kriya where we placed our palms against our partner’s palms and alternately pushed one hand forward and one hand back. I was now getting frustrated with Kia because I thought she was pushing too hard. Of course, she was frustrated with me because I was not pushing the way she wanted me to push. So there we were one minute into a 62 minute kriya and I am thinking, “This could be the longest hour of my life.” And it was! We were yelling at each other using only our eyes and facial expressions. It must have been quite a sight.

When the Kriya was over, Kia and I noticed that we were not the only couple for whom this exercise had been challenging. In fact, several couples were very riled up.

What had happened? Issues such as power, control, compassion, patience, and tolerance all came up in this Kriya. You might say it was made to bring up those issues. Some were affected by it, others less so. I had never seen Kia demonstrate intolerance or a lack of compassion toward me. And Kia had never heard me call her a “stubborn goat” before, either. I remember looking at the enormous photo of Yogi Bhajan on the stage and feeling like he was laughing at me.

Kia and I came through our first day of Tantric feeling like two embattled pugilists. We apologized to each other and committed to do better. The next day, Kia was much warmer, more understanding. I was more patient and more present. One Kriya, in particular, had us interlocking fingers with our partner with our arms up at a 45-degree angle toward each other. I felt that to make it all the way through without lowering our arms would be impossible, but was determined to give it a try. I would support Kia’s arms and she would support mine. As the 62 minutes passed, a plethora of internal voices rose up and demanded that I lower my arms, but I would not. Kia was right there with me! When the Kriya was finished, we had completed something that had previously seemed impossible. The power of achieving something that you think you cannot do is transformative. That very experience lies at the heart of White Tantric Yoga® for me.

Many people have asked me what effect White Tantric Yoga® has had on my life. I explain it like this…

Have you ever been in a place where there was some kind of background “white noise,” such as from an air conditioner or fan, which was suddenly turned off? You might have spent days or months or years living in that noise, but you barely even noticed it. Now that it is gone, however, the relief you experience is just huge. It feels as if you have taken your first deep breath in a very long time. A terrible annoyance has been removed. You remark, “My God, I’m glad that stopped! How could I possibly have endured living with that horrible noise for all that time?”

The garbage of my subconscious, which used to drive so many thoughts and decisions, was removed so that I could have better thoughts and make better decisions. My marriage with Kia has gotten better every year because my relationship with my highest self has been able to develop. White Tantric Yoga® has made that possible.

Tommy Rosen is certified to teach both Kundalini Yoga and Vinyasa Flow. He is a leading authority on addiction and recovery with 20 years experience helping others to overcome addictions of every kind. He is one of the pioneers in the relatively new field of Yoga and Recovery, which utilizes yoga and meditation to help people to move beyond addiction and build fulfilling lives. His blogs have appeared in The Huffington Post, The Daily Love, Yoga Earth, Yoga Mint and Intent.com. He has also published articles in LA Yoga, Yogi Times and Aquarian Times. Tommy lives in love and gratitude with his wife, noted yoga instructor, Kia Miller, in Venice, CA. www.tommyrosen.com/yoga/