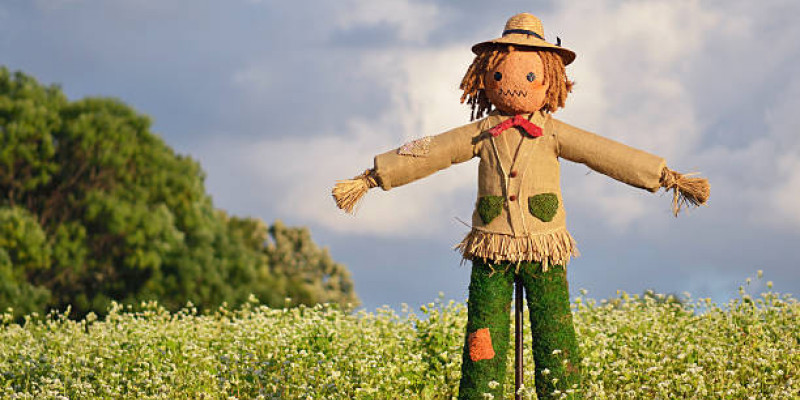 “The only purpose of life is not to be scared of insecurity. Insecurity does nothing but scare a person,” said Yogi Bhajan. “It’s a scarecrow.”[1]

And, instead of recognizing our power and reality as spiritual beings we allow this scarecrow to stop opportunity and grace from coming our way.

Lucky for us the teachings of Yogi Bhajan provide many tools to help conquer insecurity. From lifestyle to yoga to meditation to mantra there is something to choose and use on a daily basis.

Yogi Bhajan once told the story of how as a 5-year old boy he misspelled the word ‘insecurity.’ He wrote ‘inn-security.’ When asked why he spelled it that way he explained that as you go into a house when there’s a storm you go into the ‘inn’ for security.

Wouldn’t you like to have some of that 5-year old’s conviction of spirit? Or just some of the confidence in his identity and reality? It can be yours with the addition of a few simple practices into your daily life.

Yogi Bhajan was very specific on this point: "When you are depressed, when you feel sadness or shakiness, take a cold shower. Then take a towel and massage your body until it is flushed. Your disturbing thoughts will go."

Ishnaan—cold water hydrotherapy—is an ancient, precise and very simple science. It keeps your skin radiant, opens the capillaries, flushes the organs and tones the senses. Click here to learn how to ‘cold shower dance’ those insecurities away first thing in the morning!

Yogi Bhajan spent a lot of time working with all sorts of healers including psychiatrists, psychologists and chiropractors. Once he was asked by a psychologist, “Is there any meditation for doubts and insecurities?”[3]

The answer was “Yes, Chattra Chakkra Vartee” (the last four lines of Jaap Sahib). At the time Yogi Bhajan said it worked for him, too. “To be in America and to have Americans as students, even God sometimes doubts what he created!” (There was a loud roar of laughter at that comment!)

Choose a favorite recording of Chattra Chakkra Vartee. Chant along with it whenever you feel challenged or weak. Play it in the car as you drive. Then put it on ‘repeat’ softly in the background as you sleep. Let it penetrate every cell and fiber—day and night—for 40, 90 or even 120 days.

There is one tool that Guru Nanak (first Guru of the Sikhs) provided specifically for women. Guru Nanak recited Bhand Jammee-ai in honor of the female. Why ‘bhand?’ Because ‘bhand’ means ‘universal container.’ Woman is recognized as the Infinite container because she has the ability to be a mother. Whether she has children in this incarnation or not, a woman has the potential to be the channel of humanity—the ultimate creativity.

“How can somebody be bad from whom the kings are born, the prophets are born? How can there be a doormat, chick, prostitute? Call her anything, all names are wrong. These are angry expressions. These expression belong to the animal in that woman; woman is nothing but an extraordinary radiance of God itself. There is nothing more celestial, nothing more high, nothing more in experience in brightness of the self in creativity. There is nothing more miracle than to be a woman. She is fulfillment of dreams; she is fulfillment of conceptions, all concept and all projections. Man is a helper in this game.”
–Yogi Bhajan[4]

For women, Bhand Jammee-ai can resolve any insecurities or inner conflicts, no matter how strong.[5] Simply listening to it and becoming absorbed in the sound current can change how a woman feels. Chanting just one complete recitation removes all inner conflicts—on the spot! Chanting it 11 times a day liberates one from all conflicts, negativities and crises, with grace.

For men, Bhand Jammee-ai dissolves any conflicts with a woman. It elevates the male’s communication with all the women in his life. That’s because the words leave no room for inappropriate behavior towards or treatment of women. A male begins to view women in the same elevated manner as Guru Nanak himself.

Woman becomes his friend; through woman, the future generations come.

When his woman dies, he seeks another woman; to woman he is bound.

So why call her bad? From her, kings are born.

From woman, woman is born; without woman, there would be no one at all.

O Nanak, only the True Lord is without a woman.

That mouth which praises the Lord continually is blessed and beautiful.

O Nanak, those faces shall be radiant in the Court of the True Lord. ||2||

Every problem is basically due to insecurity. If there’s no insecurity, there’s usually no problem! And, wherever there is insecurity there is also fear. Where there is fear you start projecting, expressing, asking for help, asking for sympathy. You talk, you discuss, you fight, you yell. Your partner, friends and family can only deal with this kind of behavior for so long. You start to go a little ‘nuts’ in their eyes. Or, as Yogi Bhajan said, “Insecurity breeds fear, fear breeds beserks. That’s how it works.”[6]

Another solution to feel secure, contained and prosperous was given to us by Guru Nanak. He said that if you meditate with the words, Ang Sang Wahe Guru the Creator will come through for you. Ang Sang Wahe Guru means ‘the dynamic, living ecstasy of the Universe is dancing within every cell of me.’ In other words, the Creator is in every one of our trillions of cells. If we think about it that way—with trillions of Gods and Goddesses dancing within us—how can we possibly feel insecure?

One or more of these tools can help you choose security over insecurity. Conquering insecurity begins right now by choosing something, using it and resolving to become a little more secure each and every day.

A life based on insecurity and fear is animal, not human. Animals are always insecure and fearful. But, as human beings we have come into this life fully equipped to face whatever is put on our path. That’s because we are made by the One that is Super-Secure! And, if we do not relate to insecurity, security--which is the Creator—will come through!

Shakta Kaur (E-RYT 500) co-owns Kundalini Yoga in the Loop (KYL), in Chicago, Illinois, USA, with her husband, Hari Dev Singh. She leads Level 1 and Level 2 Kundalini Yoga Teacher Trainings both in the USA and internationally, teaches Breathwalk (walking meditation) and trains Breathwalk Instructors. For 4 years Shakta served on the Board of Directors of Yoga Alliance (YA) as both Secretary and Chair of the Board plus acted as Interim CEO. She teaches a popular tele-class series called 'The Business of Yoga:  Teach More, Earn More, Serve More.' She also leads yatras to India where she teaches Kundalini Yoga, Meditation and Breathwalk at the Punarnava Ayurveda and Yoga Conference.  Shakta’s next yatra to India is scheduled for Nov. 29 -Dec. 21, 2015. Her two DVDs--‘The Lunar Woman’ and ‘The Invincible Woman’--remind us to forever embrace the beauty and power of women in the world. A recognized expert in the field of US franchising, in 1987 Shakta founded Women in Franchising, Inc. (WIF) and in 1993, the American Franchisee Association (AFA), a 501(c) 6 non-profit organization. www.ShaktaKaur.com

*Nothing in this article is to be construed as medical advice. Benefits attributed to the practice of Kundalini Yoga, Meditation and lifestyle guidelines come from a centuries-old yogic tradition. Results vary with each individual.